Funding a boost to local wildlife

Funding grants from two local organisations are helping to ensure the variety and quantity of local fauna in Cornwallis continues to improve and the area becomes pest free.

A comprehensive predator eradication programme running on the peninsula in recent years is leading to a noticeable improvement in bird activity, from a wide range of species including the North Island kākā (pictured on a Cornwallis balcony) a native parrot. 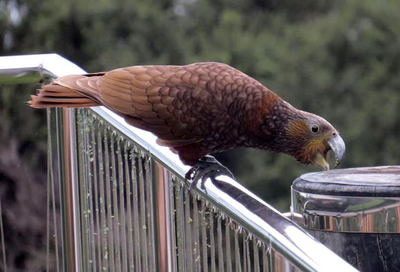 The predator eradication programme is organised by a local group known as the Petrelheads - named after the grey-faced petrels that have established a small but growing colony at the southern tip of the peninsula.

In October 2021 two local organisations confirmed funding worth $12,520 to help the work of the Petrelheads. The money will be used to expand the current predator trap network and pay for supplies to help equip existing traps.

The Trusts' "Your West Support Fund" granted the Petrelheads $10,000 and the Waitākere Ranges Local Board granted $2520. Auckland Council is also supplying 20 new traps to help expand the network.

With fewer rats, stoats and mice on the peninsula, invertebrates such as weta and the numerous bird species (including penguins and grey-faced petrels) that were once prolific in the area, are beginning a slow recovery. At least a third of local fledgling petrel chicks are estimated to make it through to adulthood, which is considered good for a land-based colony.

The trapping programme includes the Jubilee Walk at one end of the peninsula, the Monument Track, and the southern Puponga Point.

The Petrelheads are organised through local nonprofit SCOW (Save Cornwallis' Old Wharf) which is managing the grants. The two groups say they are very grateful to both The Trusts and Waitākere Ranges Local Board for their continued support.

Thanks also go to pest-free Cornwallis coordinator Alex Duncan for his hard work securing the grants, and to the volunteers (mostly Cornwallis residents) for regularly maintaining the traps. If you would like to help Cornwallis become pest free, contact Alex Duncan at pestfreecornwallis@gmail.com. 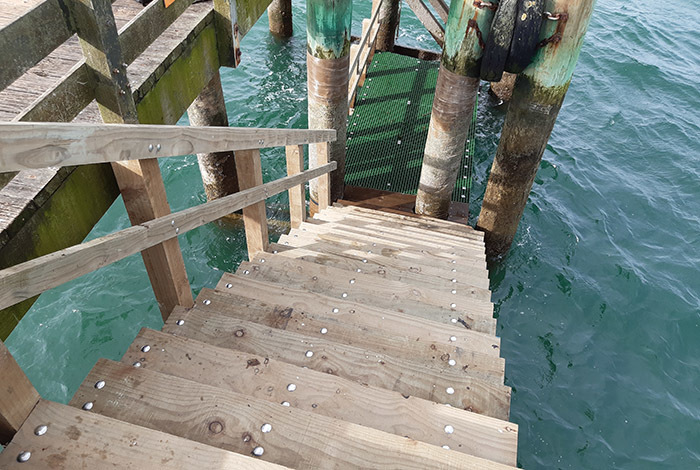 The wharf had been closed on weekdays since late March 2021 while the repairs took place. 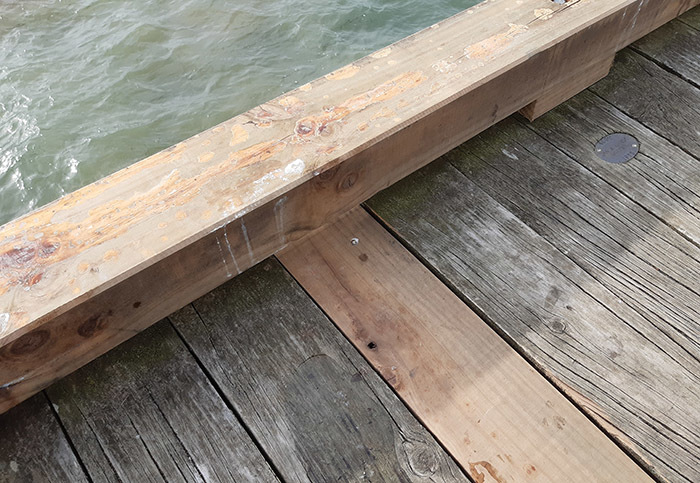 Items that have been replaced as part of the $25,000 upgrade include: 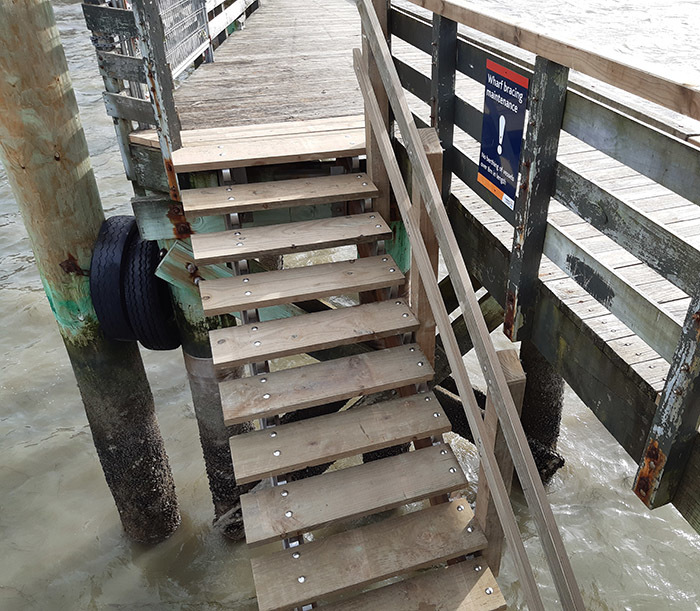 Many of the hand rails had been damaged by people fishing over the years, as they cut up bait on the wood leaving deep cuts and gouges in the top of the rail.

The funding for the repairs came from the estate of a west Auckland resident, who left $50,000 to be spent on wharf maintenance. 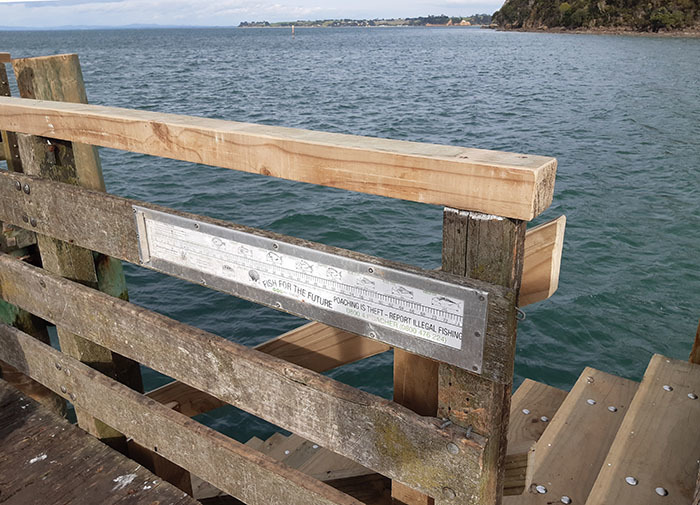 The remainder of the generous donation is expected to be spent later in the year on waterblasting and minor repairs. Those repairs will be the third and final phase of the current wharf maintenance work. 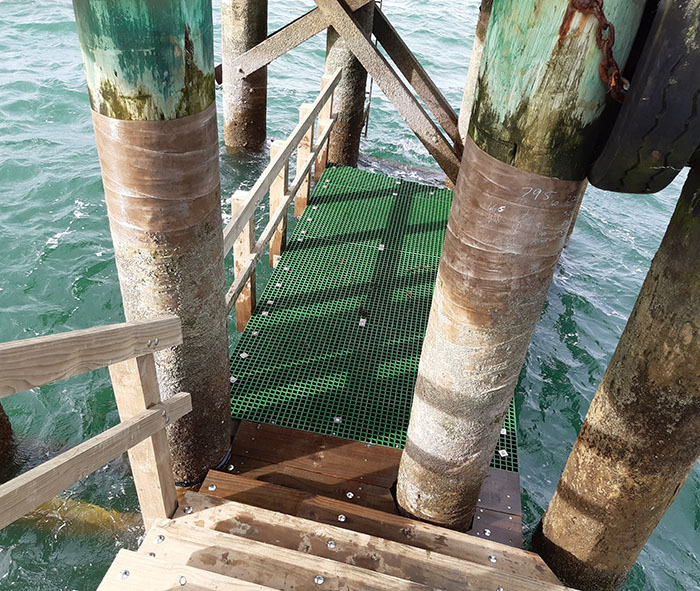 Auckland Council is asking users to respect the wharf as a valubale community asset, and avoid further damage to its strucutre and safety features.

The reopening of the two sets of stairs has been especially welcomed by wharf users, as these had been closed for safety reasons for many years.

The repairs are the second phase of an expected three phase project.

The first phase was completed in 2020 and involved work to wrap Cornwallis Wharf's wooden support piles in a strengthening tape (as shown in photo). 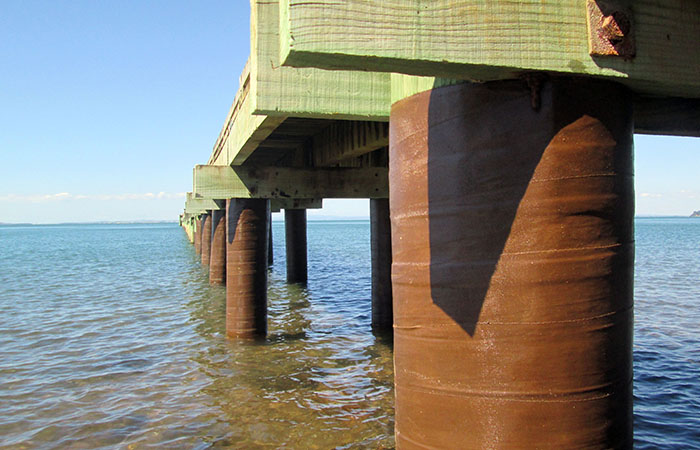 Each wooden support was wrapped in industrial Denso tape - which can be applied underwater to give greater protection to the aging wood.

Much of the work at the eastern end of the wharf was done by trained divers as the tape can be applied underwater.

The first phase of the work was funded solely by Auckland Council and carried out by STG Group – specialists in marine construction and maintenance.

It was started in March 2020 and then paused for five weeks during the Covid-19 nationwide lockdown period. 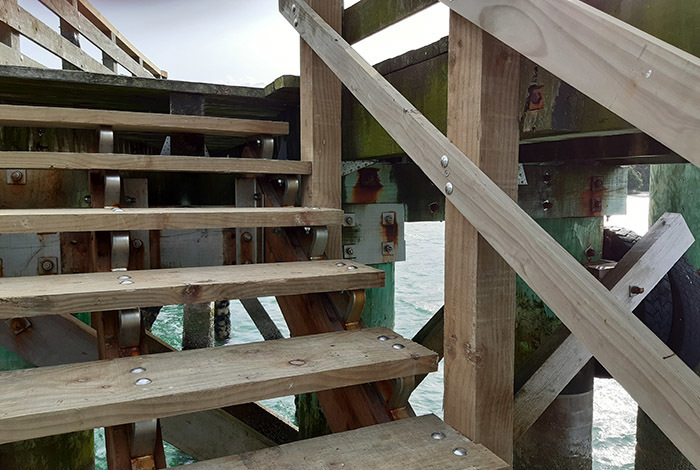